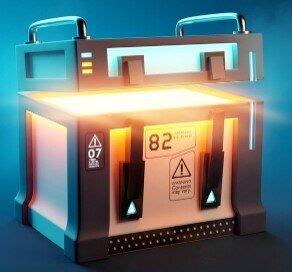 Loot boxes are highly controversial in Australia. Some groups in the past have compared them to gambling. EA was even sued over its use of loot boxes in games. Now, a bill will be presented to parliament to ban the use of the loot box in games targeting youth.

According to various reports. MP Andrew Wilkie is drafting a bill that will require that games using loot boxes be required to carry an R18+ rating. This will have tremendous impacts on gaming for some franchises and could even force drastic changes for future gaming.

Over the weekend, numerous sources are stating that MP Andrew Wilkie of Tasmania is drafting an amendment bill that seeks to ban the promotion of loot boxes toward minors in Australia. This will be done through game classification guidelines.

The Daily Telegraph originally broke the story. Wilkie spoke with reporters from the paper and told them, “We as a country accept that people over the age of 18 can gamble but let’s make that for adults and give parents a warning.”

“While the full text of the proposed legislation hasn’t been provided yet, Mr Wilkie said his bill would block loot boxes being targeted to minors through the classification guidelines.” https://t.co/OnIM4VXMTk

Mr. Wilkie believes that loot boxes are grooming youth for gambling activities in the future. He thinks that games that feature boxes need to be given the R18+ rating. In addition, any games that use loot boxes will have to carry an advisory notice. This is similar to games that involve profane language, drug use, strong Sci-Fi themes, and more.

Wilkie continues by stating, “It’s not clear if that’s what game companies design but it’s self-evident that they have that effect. To allow very young children to pay cash for a randomised event that may or may not reward them that would meet any definition of gambling.”

A draft of the proposed legislation is not yet available. However, it is expected to go toward the lower house by mid-August.

Some of you reading this story are probably wondering what the big deal is behind loot boxes. Loot boxes, also known as prize chests, are chests that give prizes in various online games. Often, players must choose a chest from multiple options on the screen. Other times, boxes will feature a rotating prize or even a wheel that simulated online pokies or other online casino games, such as Lucky Wheel.

Prizes in loot boxes range from minor prizes to “legendary” items. Players also have the option to purchase loot boxes either directly or as part of game upgrades. Sometimes they are given special prizes as part of game feature purchases, similar to receiving free spins for making an online casino deposit.

How Could This Legislation Impact Gaming Companies

If this legislation passes, it will definitely change the face of gaming in Australia, but may impact the rest of the globe. First, any games featuring boxes will see a sharp decline in users following this classification. Other games may have to stop using loot boxes as reward mechanisms to retain user bases.

Next, this measure could set a precedent that other countries could start following. Europe, the United States, and others could see this trend and follow suit. If multiple major markets start blocking loot boxes, it could lead to the eventual extinction of the mechanism. While games can be played without these boxes, some games will have to be reworked to replace them.

James is an Australian writer for SunVegas Casino. Starting out as a semi-professional poker player, he transitioned to media side. He’s been in the industry for years, and knows the best places to find pokies.